After the Civil War, my mother’s family never “got back up.” I could detail that further, but people who know Southern history can figure it out. They had lost everything. I look back at pictures of a great great grandmother, who had once been a plantation belle, pose in her 1920s shots. She’s elderly, posing proudly with her livestock. She looks at the camera defiantly, as if to say, “I may have lost to the damn Yankees, but look a-here. I have land, animals, and no debt or lean on my property.”

We still own that property (which she married into in 1866) and it’s not going anywhere. But even being a land-owner in small Western Kentucky didn’t mean her great granddaughter, my mother, was going to college in 1958. As defiant as her own great grandmother had been, she decided she wouldn’t marry right off like her friends were doing, “I think….I will go to a local college and learn some business,” she told her mother. And she did – and how did it get paid for? Her grandfather, married to the daughter of the defiant southern belle, sold pigs – and so “selling a pig” became the family term to find money. He sold MANY pigs because Mother chose Brescia, a Catholic college in Owensboro, Kentucky for a one year business course.

But as she neared her business course end in 1959, her neighbors, Old Ann and Young Ann Calhoun (to distinguish between mother and daughter), decided that their protegee would go further. Both teachers, they had been neighbors to my mother her entire life, lending her books, tutoring her, and just doting on the child. Younger Miss Ann, an old maid, saw my mother like a dear niece. The two teachers found out about a new act in Congress, called the National Defense Education Act allowed students from poor counties to get government loans to go to college. There was a criteria, and my mother met it.

And for the first time since the Yankees took everything away from the family, my mother got something back – an education. The entire time she was doing paperwork, she would say to one of the Anns, “But what if I fail? I never THOUGHT I could go to college – but just take business classes to become a secretary until I get married.”

“You’re going,” the Anns would shove the paperwork back at her. My mother and grandmothers would nod. “We’re getting back up – and it starts with you.”

Mother got her loan – and she did indeed attend Western Kentucky College, graduated, and married my father, who was also a teacher. She would end up returning for a Masters in 1963 at the newly christian Western Kentucky University and graduate back to back with my father. Not stopping there, she got a sixth year at the University of North Carolina and eventually, had her two children in her thirties.

An education took her up one notch on the social and economic mobility ladder, that I have kept at the same level, doing the same thing as she did as I got two degrees, one in education as well and spent over fifteen years as a public school librarian. My grandmother would say, “You wouldn’t be doing this if it hadn’t been for your namesakes.” I knew – and I always remembered the “The Anns” with great affection  – and admiration.

Mother named me for the Anns, who started it all by saying, “Yes you can” to a country girl who just thought being a secretary would be the best she could do.

And my mother paid back her government loan, 100%, within five years, with half of it being a teach- giveback program in a low economic area: her home county of McLean County, Kentucky, from 1961-1967.

Not a hand out, but a help up, the social upward mobility has been maintained for over fifty years, all because of two Anns who looked at a little redheaded girl who use to borrow books from them.

So, when you are an educator and see great potential in a child who comes from modest means, think about what you can do to help enable them to get a leg up into the next level of social and economic mobility. I did it when I was an educator, writing numerous letters on behalf of students and searching for scholarships. And the real thrill is when you see them graduate from college or university with an invitation that you frame on your wall as showing, “I helped.”

Mother has many such framed college invites – so many, she ceased doing it in the 1970s and started putting them in her cedar chest. I’ve seen that cedar chest. It’s packed.

To the Ann Calhouns of this world – and to the Patsy Carmans – and even to me, Anne Hendricks – I think those kids may well do the same. We stand on the shoulders of one another – and with us, it started with the Two Anns. 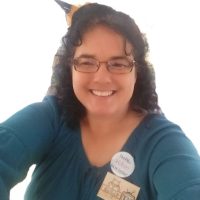 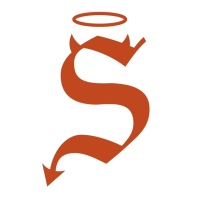